Bouquetin, chamois, marmots… These wild animals are plentiful in our mountains but it’s not always easy to find or recognise them. Not to worry, we have some advice to help you spot and identifying them like real experts!

You won’t be able to miss the marmots if you’re holidaying in the mountains this summer! These little mammals are certainly the most appealing and the ones you will come across the most often when you’re out walking. Don’t panic. These little creatures won’t come near you. They’re afraid of humans. They can be seen from April until the end of September when they start a long period of hibernation. Their burrows can accommodate 5 to 12 individual animals. July is the ideal time to watch young marmots coming out of the burrow for the first time. The marmot is easy to identify thanks to its piercing whistle which can sometimes be heard up to 1 km away.

The bouquetin (or mountain ibex) can be recognised by its impressive horns. These horns can grow to 90cm, perfect for scratching your back or legs, don’t you think? Females and young males have smaller horns. Males can reach a weight of 100kg by the end of the summer, so they are ready to face the winter. Bouquetins live in groups which can sometimes number 100 specimens… Difficult to miss them! Generally, they move about in steep areas, on precipitous cliffs or on grassy ledges to feed. You can see them in the vallée des Chapieux and the Vanoise National Park. Don’t be fooled by their sometimes clumsy appearance, bouquetins are the kings of our mountains, expert rock-climbers and can get quite lively when they feel  threatened.

You will recognise the chamois by its body shape, which is slenderer than the bouquetin, its little black horns and the brown rings round its eyes. They live in groups called « hardes », which can number more than a hundred chamois or just a few. You can watch them in the Alpine grasslands, forested areas and even near the Alpine pastures. In winter, it is not unusual to come across them on windswept slopes. They move with agility and grace across the mountainsides which can be very rugged. 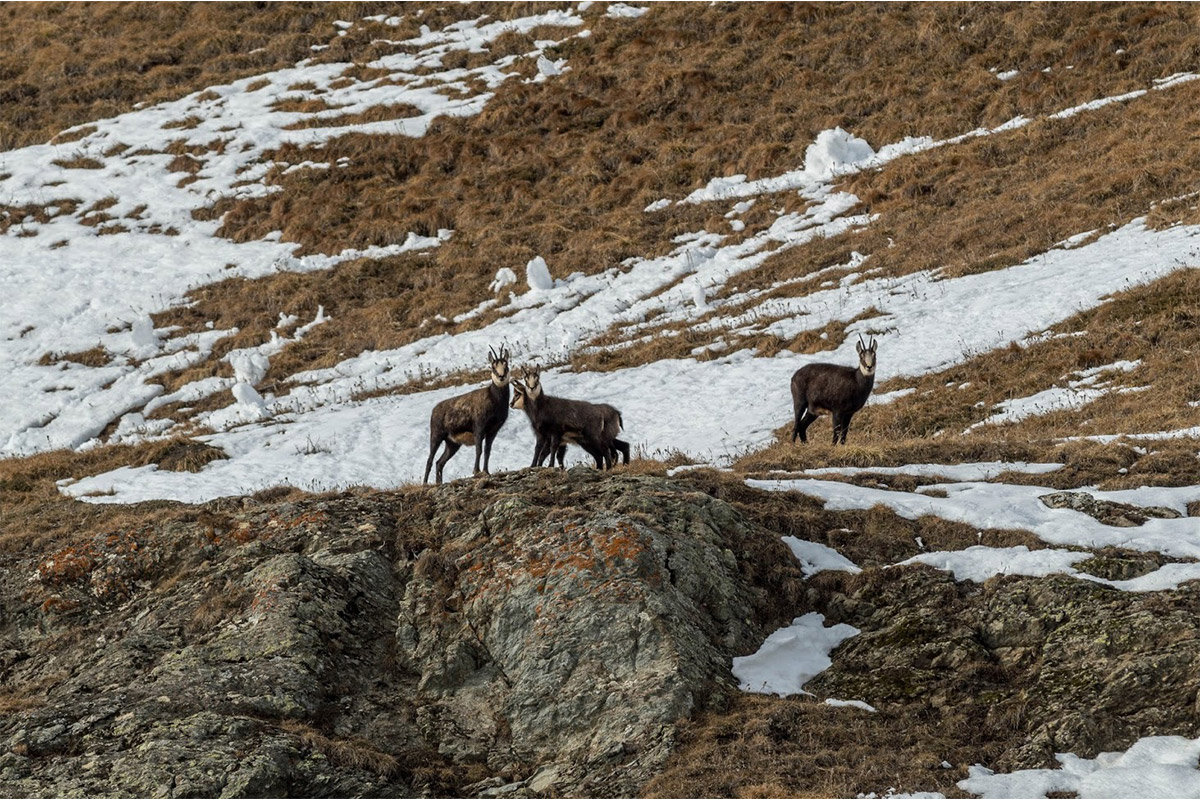 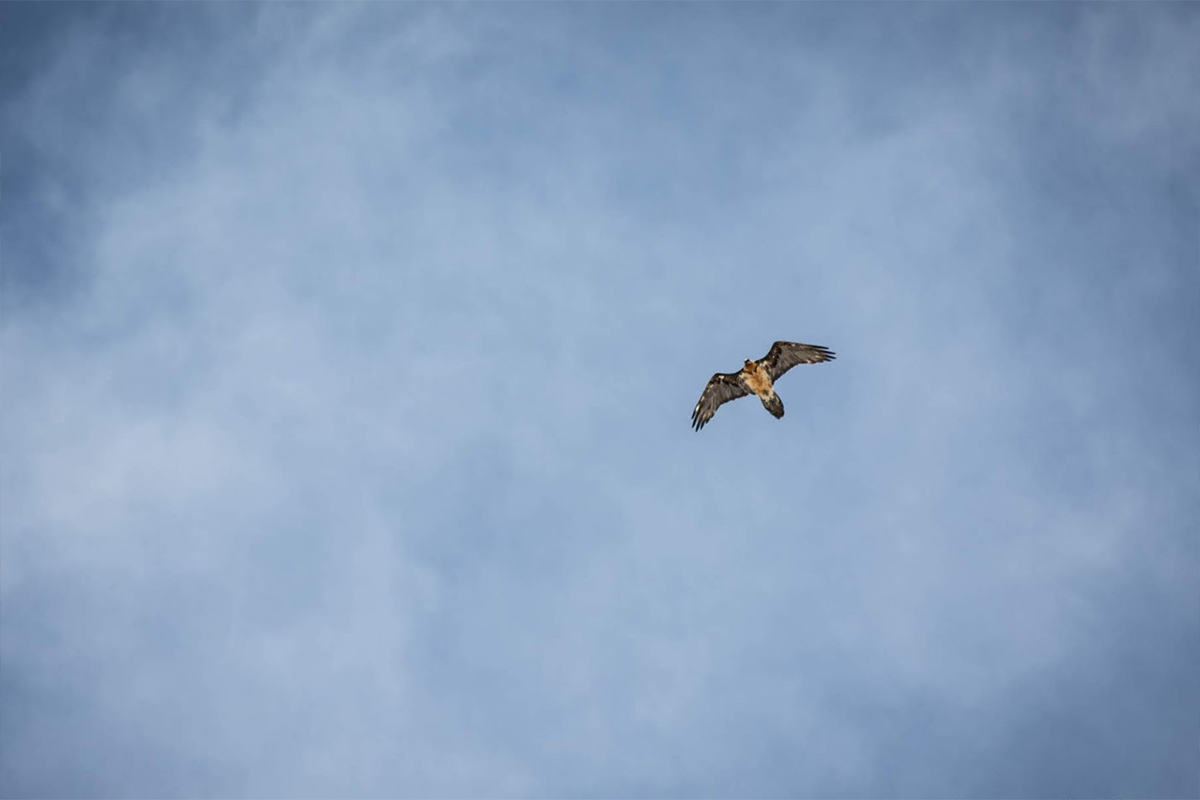 The size of the bearded vulture is imposing as its wingspan can reach as much as 2.80m (when the wings are spread)! They were re-introduced into the French Alps in 2012 and 3 pairs have chosen to take up residence in the Upper Tarentaise Valley. There are not many in our region, but it’s not unusual to see them in the sky above les Arcs, often flying alone. Open your eyes, their flight is majestic. You will recognise them by their size and the pale colour of their bodies viewed from beneath.

No, the Tétras Lyre (black grouse in English) is not a musical instrument or a dinosaur! It’s a bird of the Galliformes family, an iconic species in the region. You will easily recognise the male with its black plumage flecked with blue and its lyre-shaped tail. The female has a more discreet plumage, brown streaked with black.

This species is rare and so difficult to watch. Generally, you will just see it fly away at your feet or hear their melodious little cooing sounds from afar. So, cock your ear, open your eyes and be patient ! 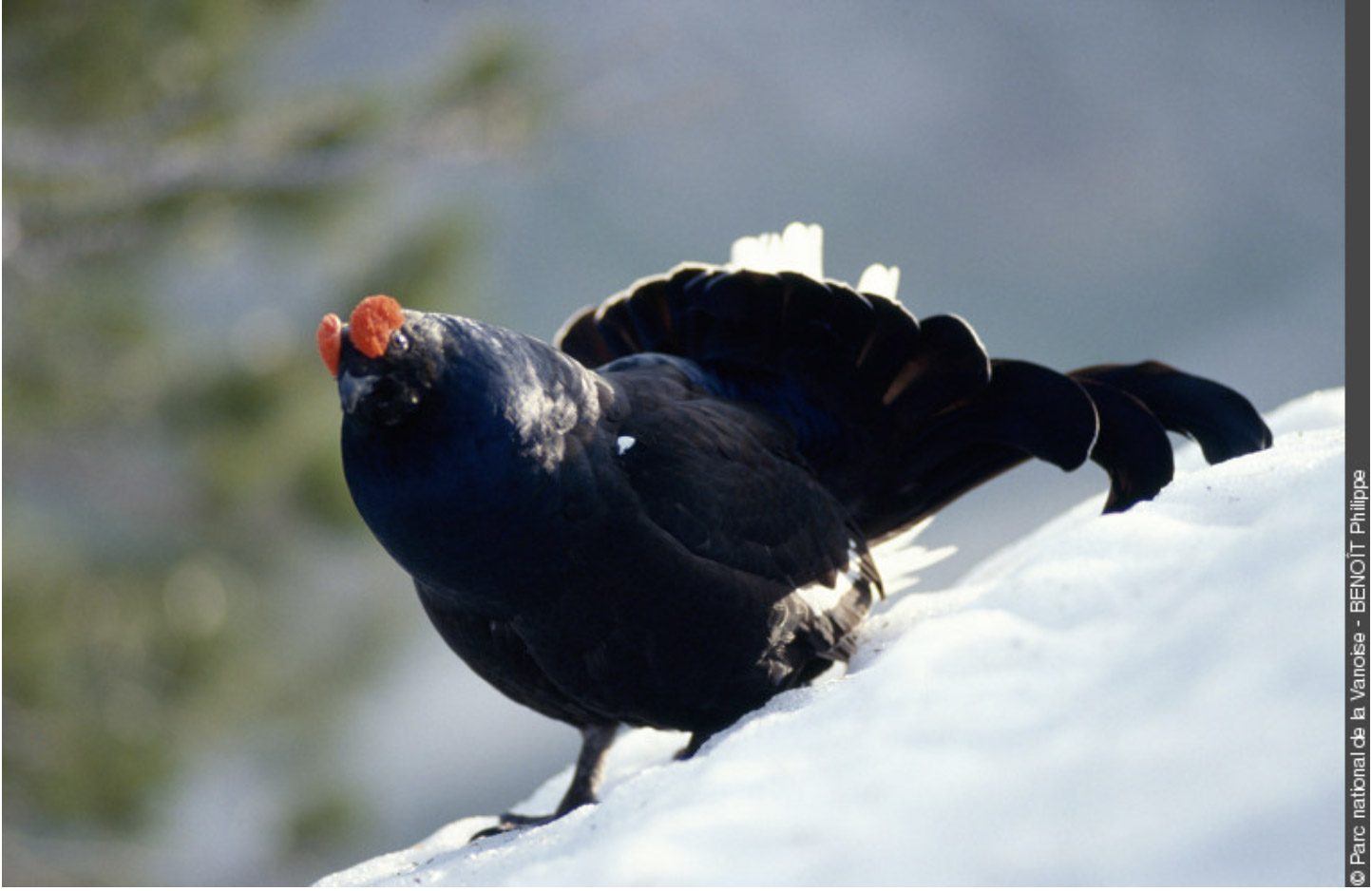 Around les Arcs, you can also regularly spot roe deer, stags, wild boar and if you raise your eyes to the sky, you will see a host of bird species: yellow-billed (or Alpine) choughs, eagles and other raptors, common rock thrush, black grouse and many others!

To increase your chances of watching this little world, we recommend that you favour the beginning and end of the day. Wildlife wakes early to benefit from the cooler morning temperatures to feed at lower altitude.

Don’t feed the animals, you will risk disturbing their life cycle.

These species, although accustomed to human presence, are still wild animals and can sometimes behave unpredictably. For this reason, we advise you to keep a good distance from them to avoid disturbing them.

One last thing, don’t forget your binoculars and cameras ;)