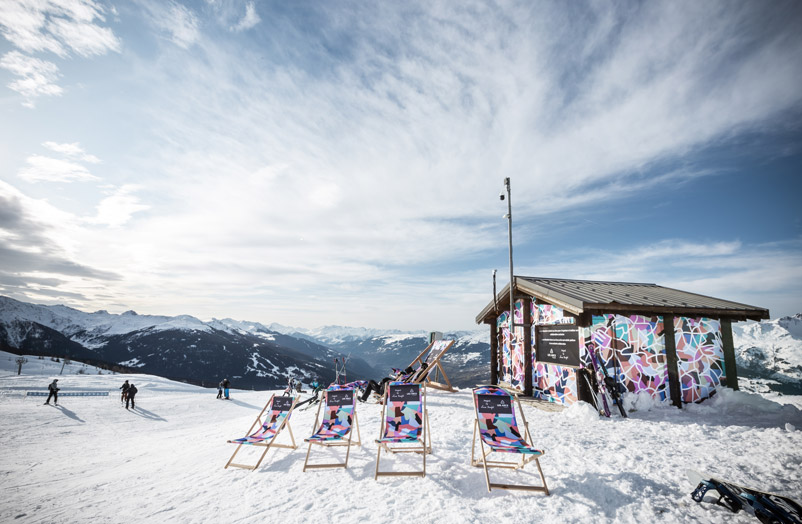 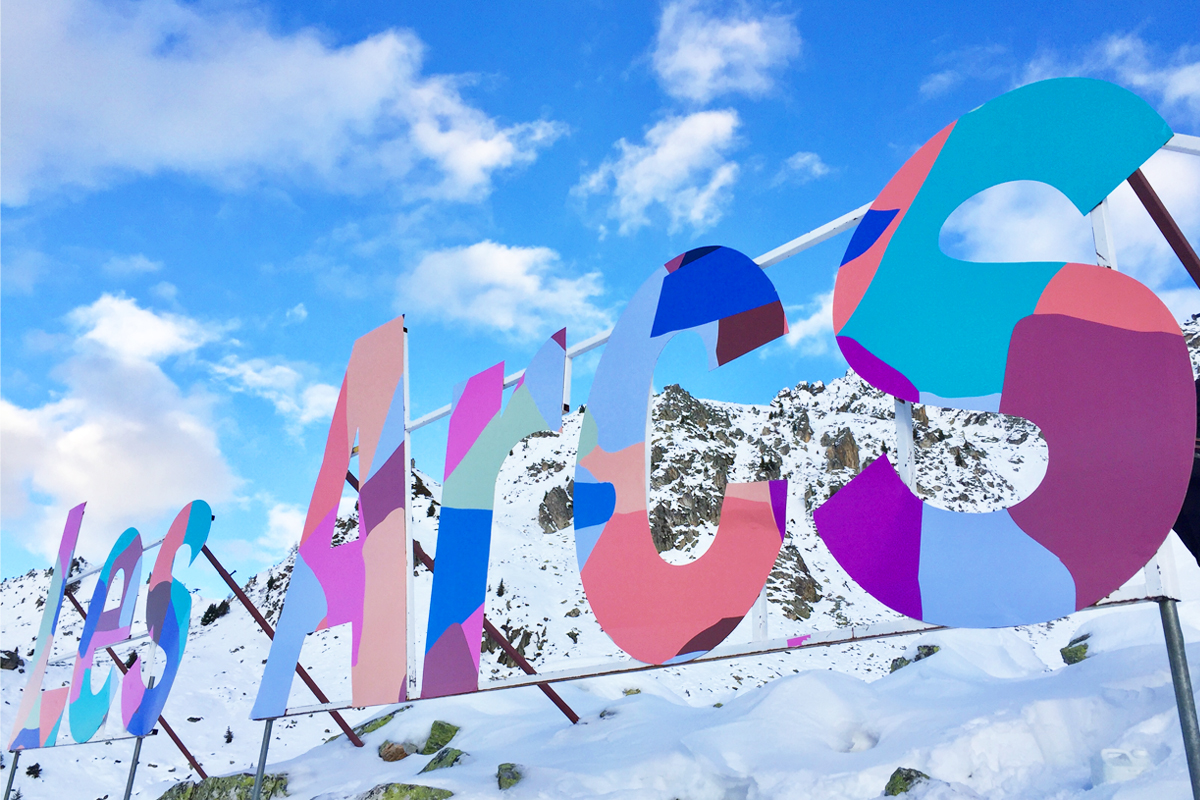 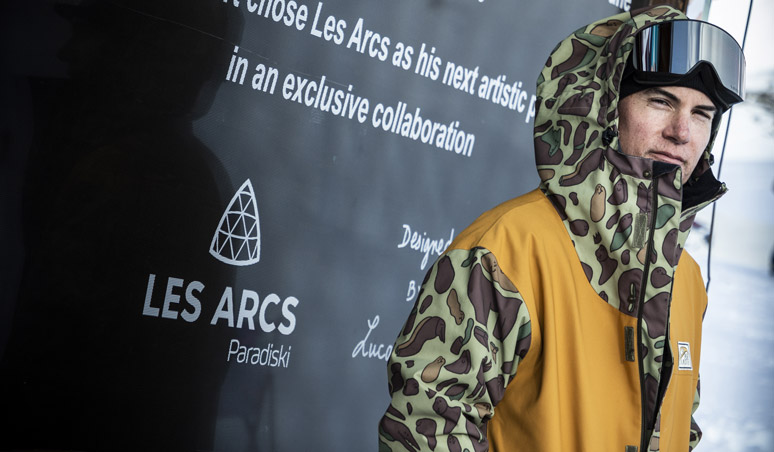 The artist Lucas Beaufort   is coming to stay in les Arcs. His artistic creations will be on show throughout the season.

On the programme is a great collaboration in the Les Arcs Snowpark and a digital activation.

More than one in two people goes to the Snowpark, so it was important for Les Arcs to give this area some colour to create a real atmosphere.

We were delighted when Lucas contacted us and offering him the Snowpark  was the obvious thing to do!

A few details about the artist:

Lucas Beaufort was born in Cannes in 1981 and is a French painter, who lives in a world populated by gentle giants. He uses acrylic paint on various supports – canvases, trees, walls, guitars, shoes, cars, bodies and absolutely anything he can get his hands on with no limits.

HIs coloured world is an ode to positivism. Proud of his lifestyle roots, you have met him via various collaborations such as: Vans, High Five, Hom…

What is your best memory on the slopes?

My best memory is with one of my best mates some years ago. One Sunday, we decided to walk up one of the mountains in a resort in the Southern Alps near where we lived. The climb took several hours and was super hard work with our snowboards on our backs. But once we reached the top, what a joy it was to stop for a picnic, a beer and to ride all the way down where we had climbed up in ultra-fresh snow in magnificent sunshine. Sometimes, the simplest things are the best.

I don’t really have a worst memory but if I had to choose one, I look back on it today with a smile. When I was 15, I went with my family to spend a week in La Chèvrerie in Haute-Savoie. I was just mad about snowboarding and would go out whatever the weather. One day, it was snowing and it was really cold. My family decided to stay in the warm in the apartment, but I went out all by myself. After a couple of runs, I realised I’d lost my lift pass. Instead of going to explain the situation to one of the people running the lifts, I went all the way home on foot. It took me several hours in the middle of a storm and when I got home it was dark. My mother was super worried but now it makes me really laugh. 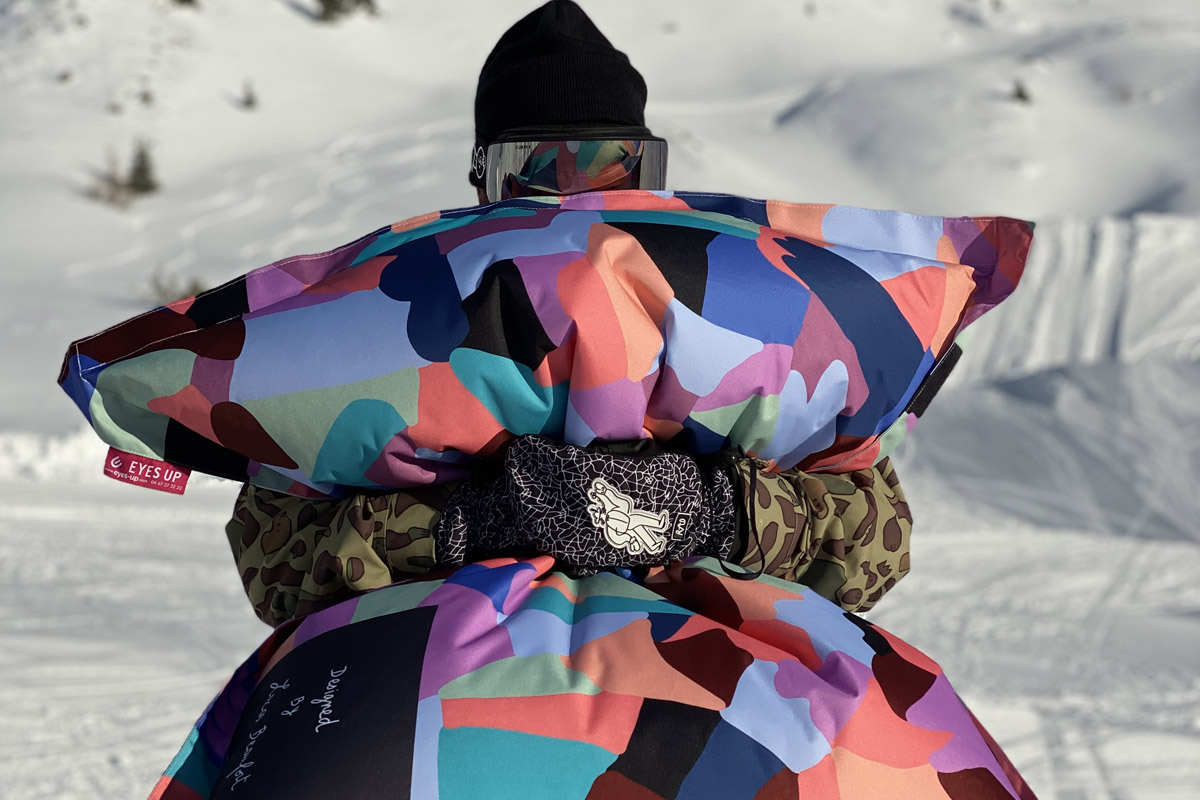 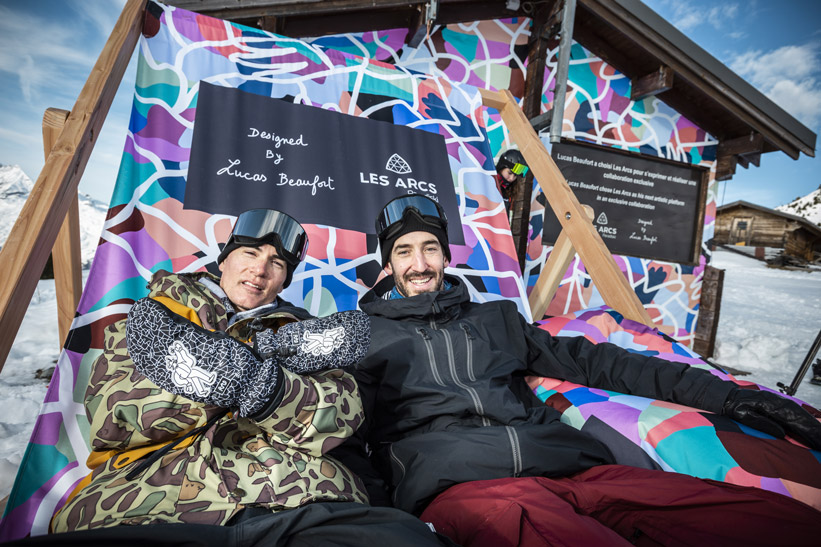 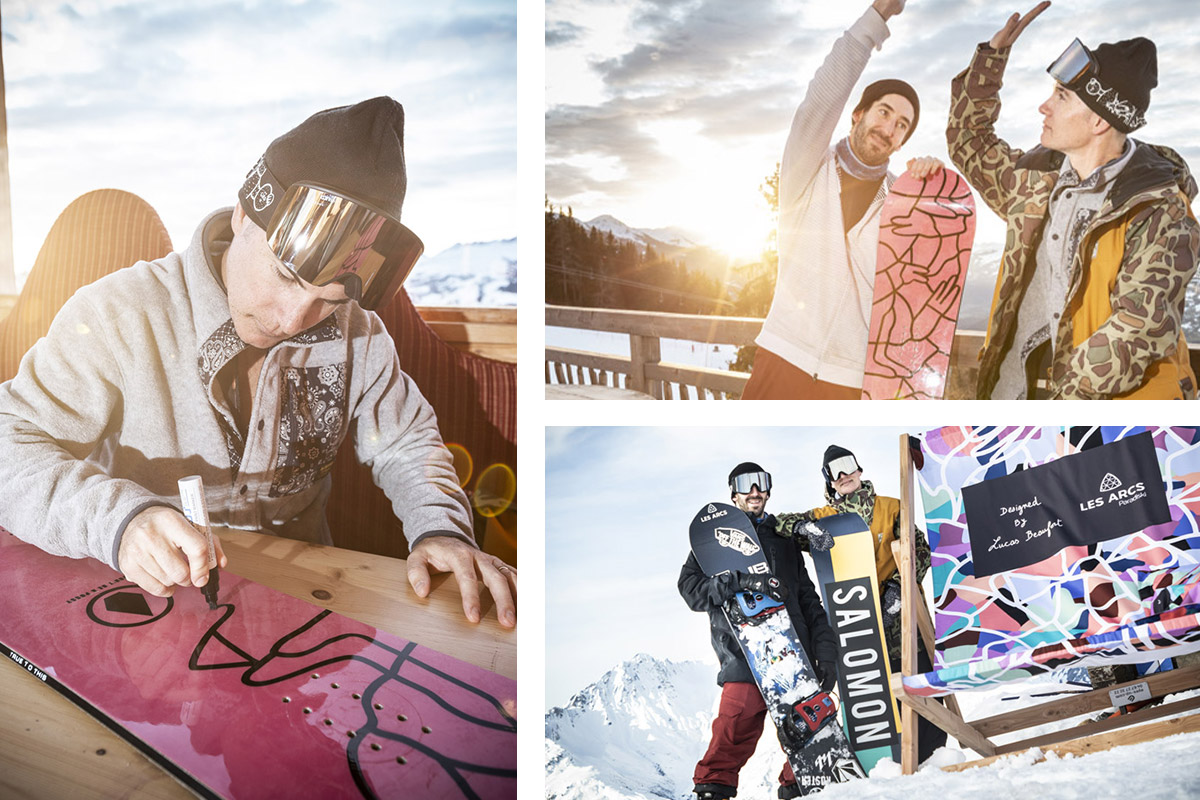 What is the Lucas Beaufort touch?

I am inspired by my travels and the people I meet every day. I adore listening to people’s stories and getting to know then better. I’m in the habit of saying that art helps me to travel and my travels help meto talk to new people. What I want to get across in my paintings is the taste for sharing and discussion as well as the concepts of love and friendship.

So, when are you coming to les Arcs?