THE CABARET SPIRIT IS BACK IN LES ARCS THIS SUMMER

For the occasion, the Five Foot Fingers will present the show Jungle Five&!

A scream rings out in the jungle... Is it a tree being cut down? A woman being kidnapped by a giant monkey? A baby abandoned to the dangerous creatures of the forest?
After two years of research and study into the rainforests, the people and their ways, Five Foot Fingers deliver a truly documented but somewhat fictionalized study of these natural wildernesses.
Despite broken ribs, hernias, cracks and sunburns, our five mustachioed bodybuilders, ever hairier, ever sexier, come back with a message full of hope by defending the universal laws of Mother Nature.

The Five Foot Fingers artists go back to the source of what makes Life on our planet through a show where dangerous creatures, unknown legendary heroes and hairy circus acts meet. Never before seen in the American jungle! Dancing, stunts, acrobatics, laughter and more!

Theatrical drama with circus and spectacular, dance on foot and rollerblades and stunts too. From Buster Keaton to Guy Marchand, via John Woo and Cecil B de Mille. When circus and street theatre become an epic of the avenue. An extravagant and zany adventure, full of humour, love, action and surprises.

11 July : departure to Annecy (to be confirmed) 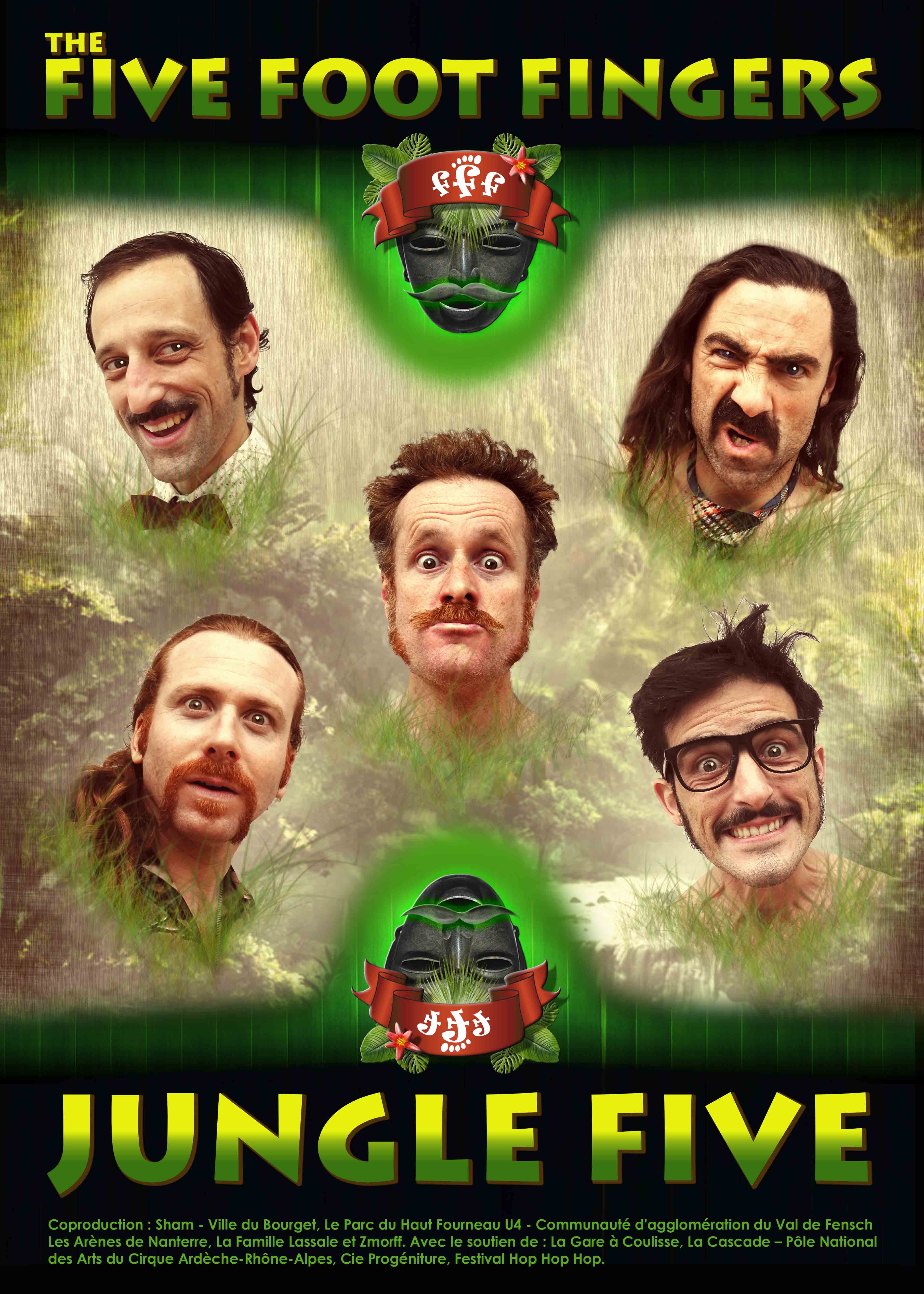