The Freeride World Qualifier consists of fifty competitions run all over the world and bringing together the best freeriders. Each event is classified from 1* to 4*: the more stars a race has, the more points its winners will earn. The riders who earn the most points in the Qualifier events are selected for the Freeride World Tour.

For the French Freeride World Qualifier competition organised by Evolution 2, Arc 1950 Le Village will play host to freeriders coming from all over the world to test themselves on some of the best spots in les Arcs’ ski area. The Village will be transformed into a proper HQ for the Freeriders.

Competitors will set off in the morning at the top of the face chosen for the Junior Freeride Tour. Les Arcs is a rare destination on their winter circuit to offer a wide range of face options to delight these 14 to 18 year olds.
Beautiful turns, jumps and tricks with commitment, control, fluidity and caution will be taken into account by the judges who give each rider a score. The objective: to score points on each event of the winter and why not reach the podium of Arc 1950 where the prize giving will take place at 5pm. The village hosts all the highlights of the events.
The local youngsters of the Freeski Academy are counting on making their mark on their playground, the resort of Les Arcs.
Weather Day on 15 January 2023

The race starts at 9am.

No less than 16 nationalities are represented.

In snowboarding, Eliot Danzer, Macéo Peresson and Rémi Benamo are expected to compete in the men's race, and Anna Martinez and Zoe MacGeorge in the women's race.

In men's skiing, there are many who can claim to be on the podium: among them Nemo Plagne, Leo Drouet, Maxime Buffet, Lalo Rambaud and Ugo Troubat.

In the women's category, the battle will be tough and Eva Battolla and Clémence Philippart could emerge from the pack.

An after race is planned at the Wood Bear Café. 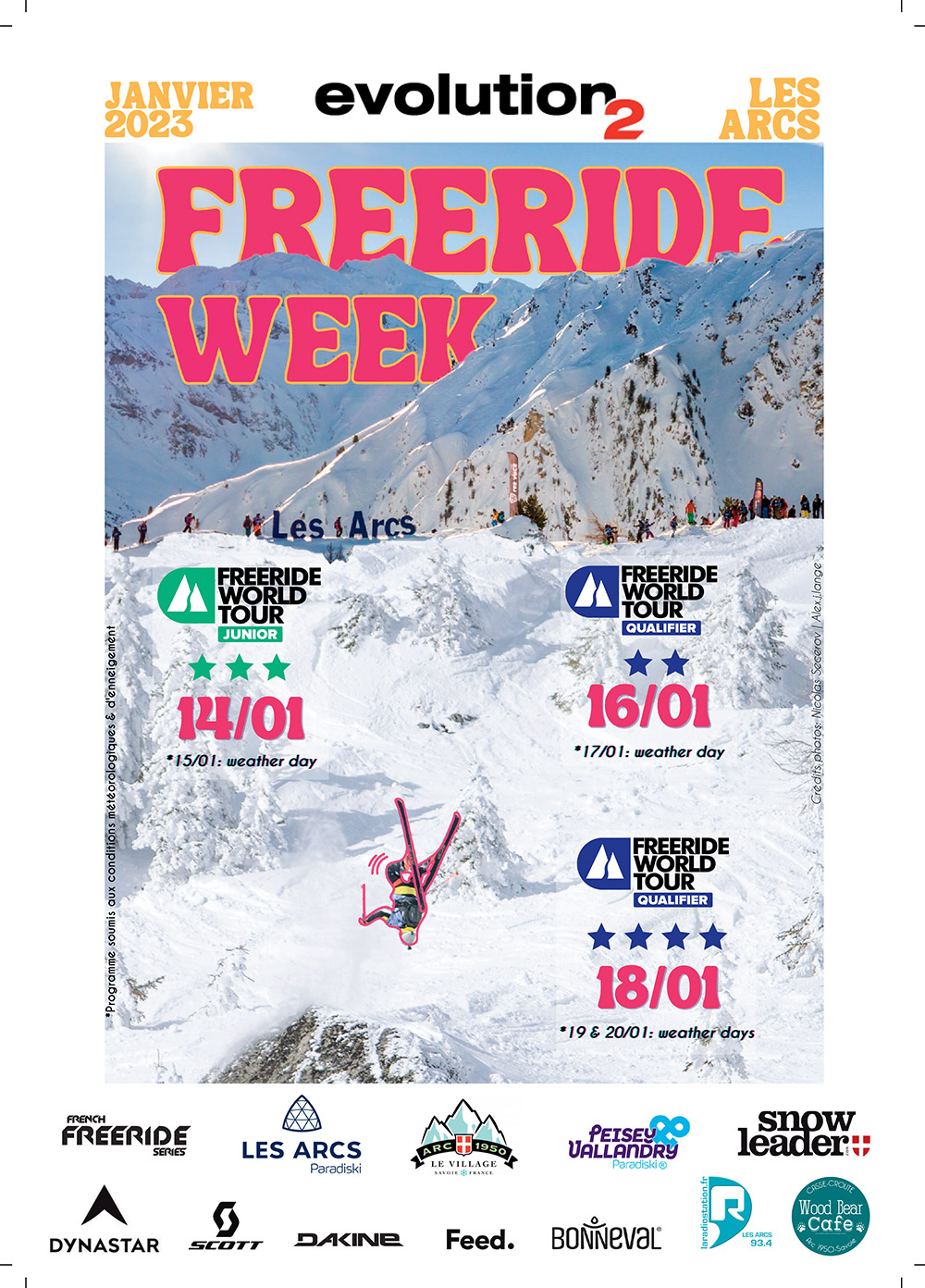