FROM 18 JANUARY TO 02 FEBRUARY

The Freeride World Qualifier consists of fifty competitions run all over the world and bringing together the best freeriders. Each event is classified from 1* to 4*: the more stars a race has, the more points its winners will earn. The riders who earn the most points in the Qualifier events are selected for the Freeride World Tour.

For the French Freeride World Qualifier competition organised by Evolution 2, Arc 1950 Le Village will play host to freeriders coming from all over the world to test themselves on some of the best spots in les Arcs’ ski area. The Village will be transformed into a proper HQ for the Freeriders.

Our young Team Les Arcsathletes Ugo Troubat and Hugo Hoff will be taking part in the events, come and support them with us !

18 JANUARY - Freeride Junior Tour
1On Saturday morning, 100 competitors will rush to the top of the face chosen for the Freeride Junior Tour 3*. The les Arcs ski area is one of the rare destinations on their winter circuit to offer several options of faces to race on to thrill these youngsters aged from 14 to 18.
Fine curves, jumps and figures combined with commitment, control, fluidity and good sense will be considered by the judges who will award each player a mark. The object is to win points at each event over the winter and why not get onto the les Arcs podium.
Young locals from the Freeski Academy intend to leave their mark through their presence in the resort of les Arcs which is their home ground.

27 JANUARY TO 2 FEBRUARY- Freeride World Qualifier 2* and 3*
It is then the seniors’ turn for the two 2* events on 27 and 28 January and then on 29 and 30 January, and finally the 3* events from 31 January to 2 February
The object of these races is to show off your best skiing style and try to earn the maximum number of points by making a perfect run downhill embellished with jumps from rocky ridges or figures inspired by freestyle skiing. 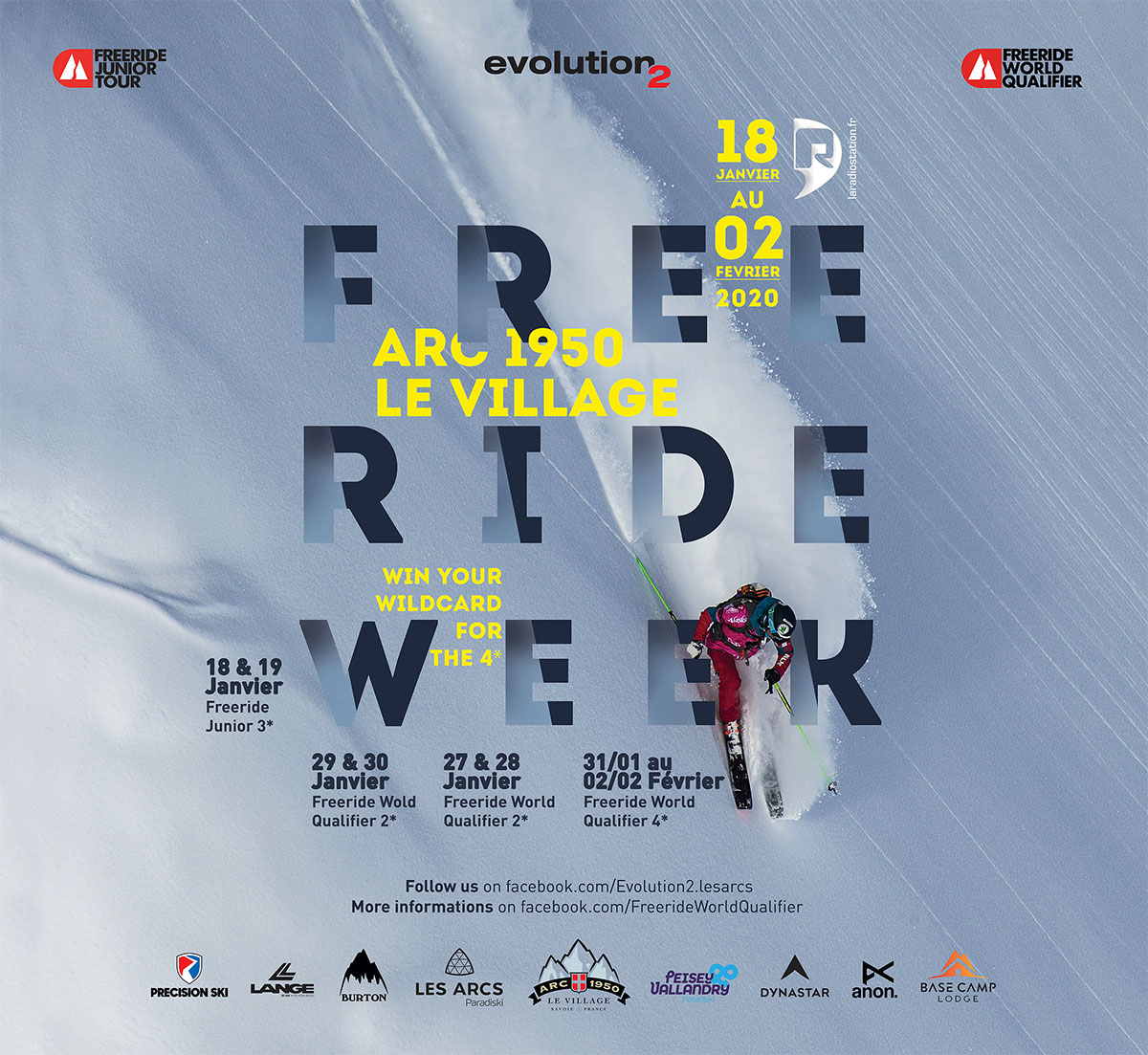